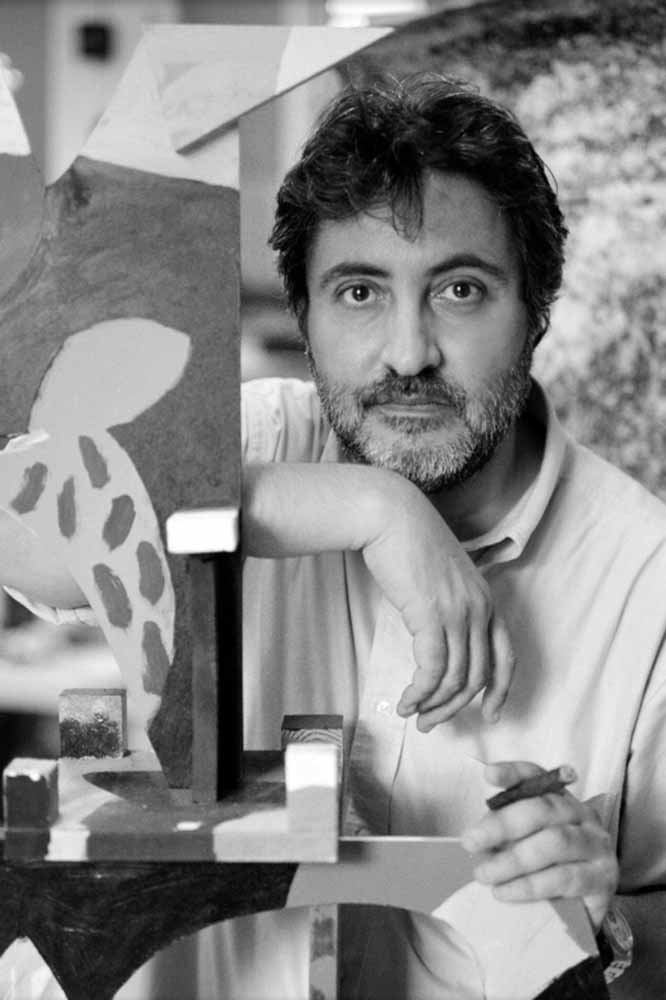 -Currently on view by appointment at Marie Jose Gallery-

Charles Khoury is a post-war to contemporary artist. He is a graduate of the Lebanese Academy of Fine Arts (Académie Libanaise des Beaux-Arts) and is certified in Lithography. He is a member of UNESCO Paris through the International Association of Fine Arts. Since his official launch onto the art scene in 1989, Khoury has appeared in several solos and group shows around Europe and The Middle East. He has been exhibited in France, the Ivory Coast, Kuwait, Egypt, Dubai, Lebanon, Bangladesh, Abu Dhabi, as well as the United Kingdom. In 2008, he was given the “Special Jury Award” by the Nicolas Sursock Museum in Beirut, and in 2013, Khoury was granted the “Artist Residency: Lithography Workshop” in Morocco.

There is an essence to rely on when a people or a country is faced with ongoing economic, political, and societal trials. That essence is a form of identity which becomes craved by the estranged members of the sickening state. In this collection of pieces by Charles Khoury, the artist presents his quest to a euphoric world based on the aesthetic of an identity he has amassed throughout his life as a painter from Beirut. 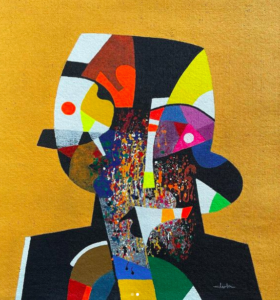 Not a place, not a time, and not a moment, but a concept of a language made up of complex compositions of colors in conversations with lines, creating familiar members of the animal kingdom and, occasionally, the bust of a human. This is the visually provoking state of mind and feelings where Khoury invites his spectators to enter. It is not random, but it is not governed by any rules, it is simply the translation of the artist’s being after years of developed work in colors, lines, and shapes. Khoury has thrived using several surfaces, starting with wood and moving on to jute. His works on jute are a testament to the artist’s technical skill in applying layers of paint on a rarely tamed surface which evokes the texture of tapestries. Today, Khoury is working canvas, which makes the selection of pieces on Jute increasingly special. 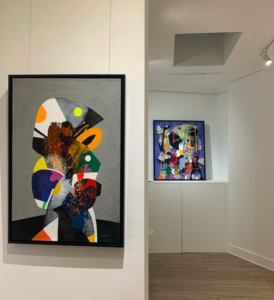 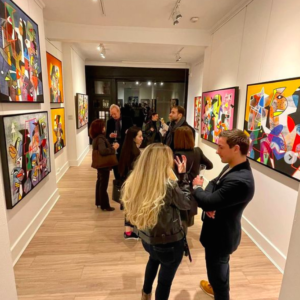 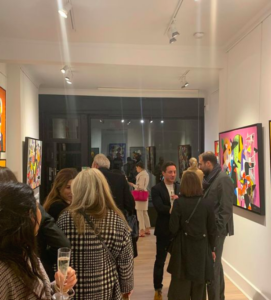 Amidst the complementary hues of striking geometry, there lives the story of an artist pushing to reach the whole depiction of his most authentic aesthetic. An aesthetic based on an identity that is his own, but that is relatable to any who have lived the wonders of his city, Beirut. 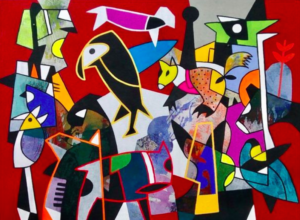 Khoury was born in 1966 in Beirut, the capital city of Lebanon. Offering all of its tumultuous experiences, Beirut did not disappoint in igniting Khoury’s young talent into the life of an artist. The painter clearly remembers painful memories of the war in Lebanon but says that he only saw its consequences in later years. He describes his younger self as a rebel who had no interest in anything being taught at school. In his early 20s, he discovered himself as a creative and became acquainted with colors and painting. 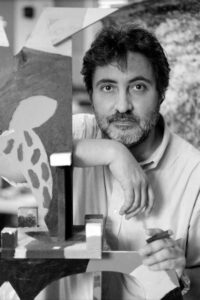 Art became the only sense of structure in the young man’s life and finally gave him a raison d’être (reason for being). According to Khoury, he is a late bloomer in that he found his calling at a later time than he would have liked to. But once he did, he became completely devoted to his craft. By the time he developed his staple aesthetic, the artist mentioned being influenced by the likes of Wassily Kandinsky, Paul Klee, and Pablo Picasso. As a response to the war, it was “the demons”, as Khoury likes to describe them, that appeared in his depictions.

Works by Charles Khoury are on display at Marie Jose Gallery in Kensington.

The gallery is advertising an internship opportunity to be filled as soon as possible. If interested make sure to visit the gallery’s Instagram page @mariejosegallery.