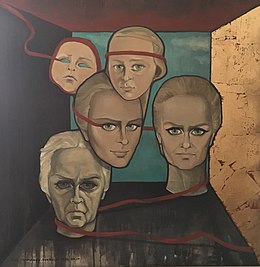 A letter to Cici

In remembrance of the well-known portraitist of the Arab World, Cici Sursock (1923-2015), and for the occasion of her birthday anniversary (March 23rd), Nabil Abou-Dargham presents a lettre-ouverte to Cici.

So, Cici, everything goes like a bird’s song in the skies. It’s life, this miraculous creation that defeats us again. Life, which we used to see as a source of happiness and dreams, separates the friendships, the faces, the voices, the I-love-yous, the good-byes, and the when-are you-coming backs. 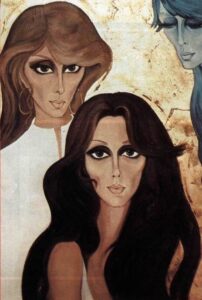 I used to call you from time to time in Split where you spent your last years. Your majestic voice used to evoke the royal souvenirs of an ancient Yugoslavia and a palace always standing there, on the Nile, which knows that for each and every word a deeper and stronger silence exists. 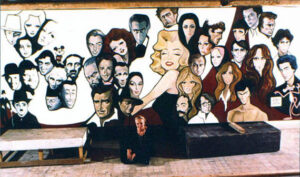 50 Years of Cinema by Cici 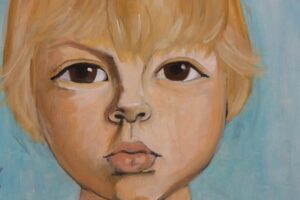 25 March 1988. Do you remember the first meeting in your studio? A portrait under the attentive and vigorous eye of Marie-Therese Arbid, the cultural chief of the French-speaking daily L’Orient-Le Jour. A portrait, which I still cherish like a newborn baby. We spoke of your life, your legendary portraits, your nudes, your icons. We spoke of Lebanon who opened his arms to you when the winds migrated over the Nile and the sun in the 1950s. You said: “the human being is small.” You tried to alleviate this anxious story of mankind by turning the pages. But the multiple eyes of your models and the gestures of their bodies reminded us of a certain absurd heaviness you always felt. Then a touch of your pencil reached the grand moment of the eyes. You said: “We have done all this job to reach this point.” It is the model. It is him. But it is also you who has always discovered the world through your own eyes, and through an intelligence usually owned by those who knew “ups and downs”. 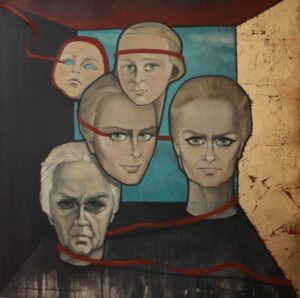 November 1992. After a stay in Split, you passed by Beirut. A gathering with your friends. We listened to your words, we listened to your silence. We told you that your nudes were a courageous phase to be repeated. We spoke of your portraits, of the grand moments of the eyes. You smiled. You looked at your icons on the wall like a blond Magdalena contemplating the calm of the Gods.

January 1993. Back to Split, you sent me a letter: “Write, write, write… you do it beautifully. I was happy during my visit to Beirut. I hope God Will Allow me to repeat it again.” 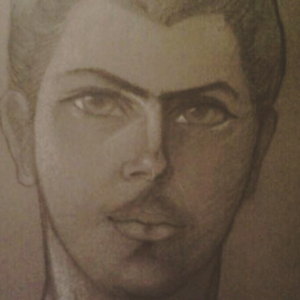 Nabil Abou-Dargham is an international civil servant, he is the PR Manager of the Association of Former INTL Civil Servants (AFICs) and the former Head Communication Unit at Beirut-based UN-ESCWA (www.unescwa.org). He is a poet and a self-taught artist. He was a friend of Cici.