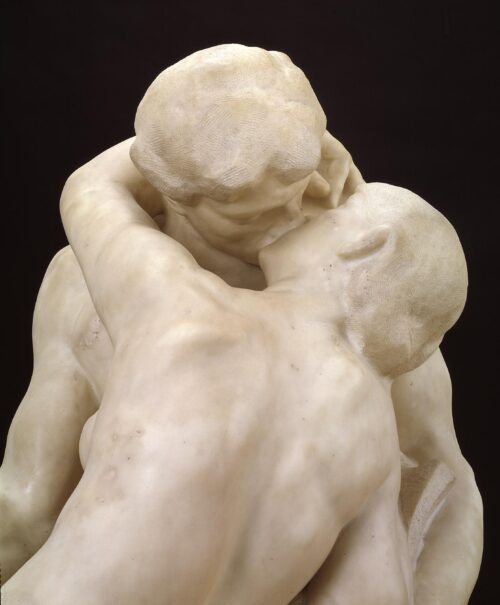 In the following entry, the house of art specialist Mira El-Khalil shares a personal story for the occasion of Valentine’s day. She writes about her research that was the basis for several paintings in her personal art practice. Auguste Rodin, Edgar Degas, and Gustav Klimt are a few of the artists she mentions while presenting her research on the visual description of romantic love, better described as “limerence”, its scientific term coined by Dr. D.Tennov.

I want you forever,

Above all, I want you to want me. No matter where I am or what I am doing, I am not safe from your spell. At any moment, the image of your face smiling at me… may suddenly fill my consciousness rudely pushing out all else.”

It was finally my turn to be lost. It was 2018 and I was where all young adults in their early twenties must be, standing in the fog of their lives, with no clear view of where they’re headed. They had to be there by protocol before they found what will make them great and work in their late twenties. To make my situation slightly worse, I was STILL in love. I was starting to prepare myself to have a life in the arts, where I always wanted to be and while nowhere else fit me, I knew I had to get rid of all distractions to succeed and especially of the greatest of all my distractions, my feelings of Love. My feelings of unfounded love towards an unfortunate (yet ignorantly fortunate) mortal who was assigned by my retina to a neuron gone rogue in order to stimulate my creativity. Unfortunately, just as love inspired me, it distracted me and confused me. It did so to a point where I became intrigued by it enough to want to study it. Just like that, I found myself studying what I understood to be love, in parallel to writing project proposals deciphering my own paintings for art school applications.

When my reading of Dorothy Tennov’s preface in her book “Love and Limerence” began with the piece I shared above, I felt understood. According to the book and to additional information gathered between its two publications, the phenomenon described above, which Tennov coined limerence, is a human universal transcending race, age, culture, sex, and all other categories. Limerence, or infatuated romantic love, is the heightened engagement of emotion with heavy thought, focusing on the person desired. It is an unwilled mental emphasis on someone whom you desire sexually because you long for their emotional commitment. After reading Tennov’s work, I believe that limerence is at the core of what distinguishes romantic love from other types of love. Moreover, it puts a word to those feelings that love alone fails to convey. Once I had found a word to describe how I felt, I was on a quest to visually depict those feelings! Boom. I painted like a mad artist. 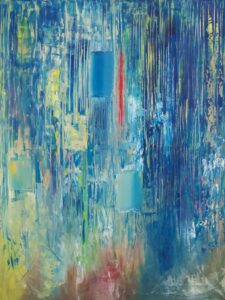 Before discovering Limerence through Tennov, I researched in steps. According to “Art and Love in Renaissance Italy”, a book by the Metropolitan Museum of Art, “Clasped hands; couples in facing profile; garlands of myrtles, the words fede (faith) and volo (I wish to)”: these are graphic declarations of romantic love that grace Renaissance art. The latter is an explicit depiction of sex as what is felt and thought about romantically is expressed in physical desires. The Renaissance is when erotic art bloomed. With erotic paintings and maturing public desires, as read in “Art and Love in Renaissance Italy”, philosophers introduced a distinction between “sacred” and “profane” love. Plato called out “higher” love versus “lower”. Aphrodite was described to be either the vulgar Aphrodite represented in the art of physical desire or the celestial Aphrodite representing the pure realm of “ideal forms.” I believe that, in order to address the possible different translations of romantic love in art, I should dedicate a step in my research to understand my subject in the renaissance because of the period’s breakthrough in the narrative of the variable faces of love in painting. Leonardo da Vinci states that painting “moves the senses more readily than poetry does…Painters have depicted libidinous acts, so lustful that they have incited the spectators to play the same party game; poetry will never do this.” Because of today’s medium such as film perhaps, one would think that Da Vinci’s words would be less valid in our contemporary playground. However, there is a clear abstraction in romantic love or limerence, which is pushing great thinkers to challenge its meaning, therefore I believe that the mediums of paint sculpture have just as much power today as they did before the emergence of new media. 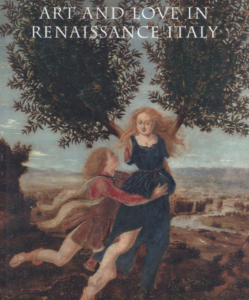 After reading through the renaissance and other parts of art history which may have helped my case, I found Tennov’s book and from then on my tasks consisted of studying the paintings subjected in ‘love’. I briefly went through the works of several artists such as Pablo Picasso whose muses were his lovers. As I did so, I had to stay aware of my prejudices of what I knew about love in visual art and keep in mind my psychological research around the feeling of limerence. For example, Edgar Degas’s portrait of Mary Cassat strips Degas away from his shield and he is exposed to be thinking about her which, according to Tennov’s book, is a sign of limerence. With the amount of time they had spent together as partners of Impressionism, the portrait can be argued as a representation of romantic love. 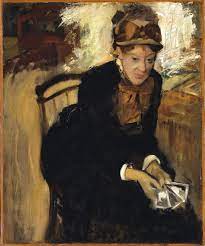 I may for instance compare the concept of Degas’s piece to Gustav Klimt’s “The Kiss.” I can argue while consulting the research I have gathered up till now, that “The Kiss” is a visual derivative of the feelings of romantic love, and not a visual representation of those feelings and is a mere physical act. As romantic love is such a subjective experience, limerence, which is a more defined feeling and part of romantic love, allows for new analysis while one looks at works relating to love.

Once I was able to explain to myself why certain visual elements compared to others better described romantic love or limerence, I was able to unleash myself to my compositions and utilize my own story to complete my artworks and thankfully use my distraction for production. In painting, my goal was to stop depending on automatism to release my feelings of romantic love. I was able, through Tennov’s writing, to see the endless possibilities of limerence’s visual depiction and give a reason to my large maps of oil abstractions. 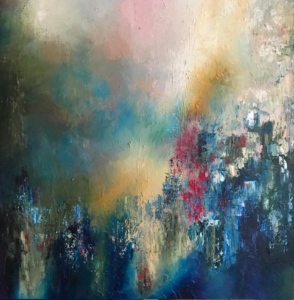 Nothing made more sense to me than when I placed Auguste Rodin’s works, side by side with my research. The worldwide mascot of romantic love in the universe of art was “The Kiss” by Auguste Rodin, while “The Thinker” by Rodin was never associated with such descriptions of feelings. I matched each sculpture with the distinguished descriptions:

– 2) The image of romantic love or limerence.

I matched the first with “The Kiss”, and the second with “The Thinker”.

Thus, according to my research, “The Thinker”, is the more accurate representation of romantic love amongst the two artworks and Dr. Tennov clearly states in her book, that limerence is above all a mental activity. And that is how my quest to portray the cruel and all-consuming state of limerence gave birth to my series of abstraction paintings to be continued in 2022. 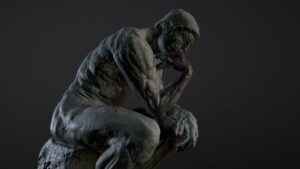 The Thinker by Auguste Rodin