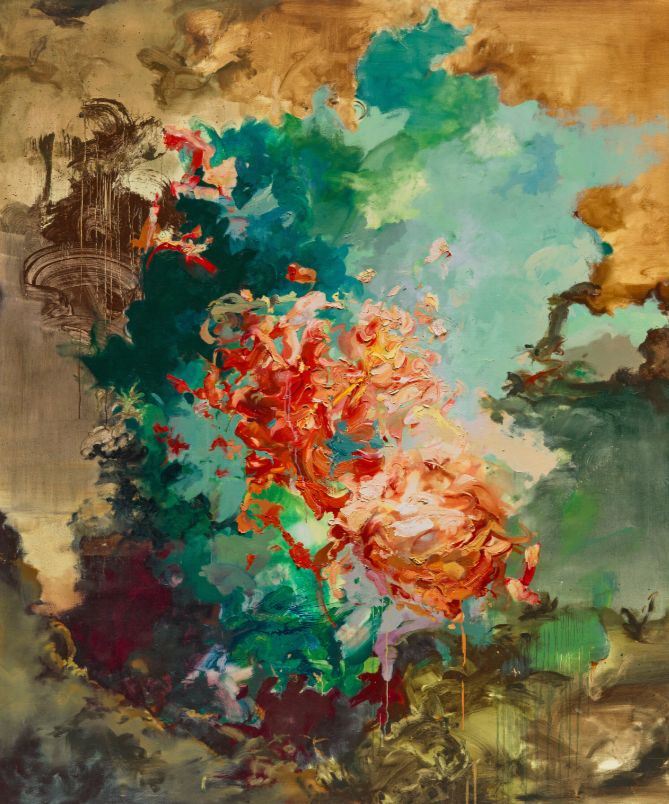 London’s March sales of modern and contemporary art at Sotheby’s, Christie’s, and Phillip’s auction houses, racked up £577.5 million ($760 million).[1] This total was 35% more than last year’s equivalent sales in London, confirming the increasing recovery of the market following the unforeseen setbacks of 2020.

The market for tried-and-tested, blue-chip artists appeared to remain secure. Yet, it was the younger, more ‘emerging’ contemporary artists that saw the most excitement and apparent competitive bidding in the salerooms. With hammer prices frequently reaching 10 times the estimates, there was an increasing number of ‘breakthrough’ moments for these artists reflecting the current strength of the appetite for works by ‘emerging’ contemporary artists. 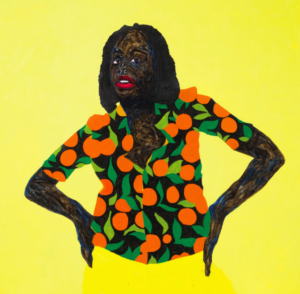 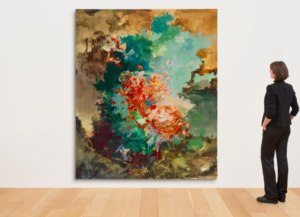 Sotheby’s iteration of the 20th 21st Century Evening Auction at Christie’s is titled, punchily, ‘The Now’. This too saw fierce, competitive bidding for young, ‘emerging’ artists such as Rachel Jones, whose first institutional exhibition opened at the Chisenhale Gallery in London last week. A Slow Teething, whose paint only dried in 2020, sold for £617,400, against a pre-sale estimate of £50,000–70,000. 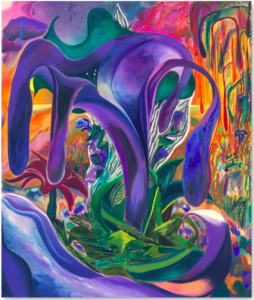 The further highlights in this sale were for female artists, reflecting the increasing desire of collectors to buy young and female (finally). Shara Hughes’s Naked Lady realized £2,031,500 against a modest pre-sale estimate of £220,000–280,000 following nearly 10 minutes of steady bidding, breaking the artist’s auction record. Additionally, Flora Yukhnovich had another triumph with Warm, Wet N’ Wild hammering down at £2,697,000, against a pre-sale estimate of £150,000–200,000 – another record price for the artist at auction.

With both auction houses boasting names such as Hilary Pecis, Jadé Fadojutimi, Angel Otero, Nicolas Party, Hurvin Anderson, and Issy Wood, it was predicted to be a roaring success. Indeed, many of these artists were included in the Hayward Gallery’s recent exhibition Mixing It Up: Painting Today, whose lineup looked like an auctioneer’s wish list. 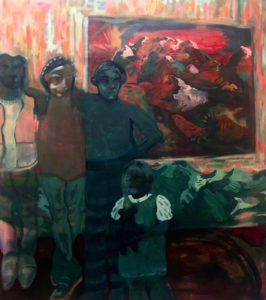 Antonia Showering – It Wasn’t To Be

Over at Phillip’s the success for young, contemporary painters only continued. Antonia Showering, represented by Timothy Taylor, has experienced a dramatic leap in both her primary and secondary market recently. It Wasn’t To Be, a dark, moody, expressive canvas by Showering kicked off Phillip’s day sale, soaring over its £10,000–15,000 estimate, selling for £226,500. 38 bidders battled for the painting which was painted early on in the artist’s career when she was still a student enrolled at the Slade School of Art in London. With bidders from South Africa, Europe, Asia, and America, Showering’s demand is global and so too is the appetite for ‘wet paint’ pieces. 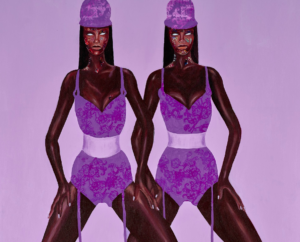 Another highlight at Phillip’s was Emmanuel Taku, who began working with the Belgian Gallery Maruani Mercier in 2021. In April 2021, prices for Taku’s works rose to $25,000 and quickly sold out. His lavender-hued, large-scale canvas entitled Sisters in Lilac (2021) hammered in at £214,200, against a pre-sale estimate of £20,000–30,000. Indeed, much like with Amoako Boafo and Serge Attukwei Clottey at Christie’s, works by contemporary artists from Ghana, where the native art market is developing quickly, are bombarding sales rooms with bids well over the estimates and numerous records being set.

Spirited international bidding across major auctions this March Marquee Week confirms the art market is continuing to gain momentum. The strong results signal confidence in the market, despite current geopolitical uncertainty. This is particularly true for non-white, non-male artists, whose auction records are consistently improved upon as each auction season comes and goes. Art Tactic prophesized this last year in their report ‘Top 100 NextGen Artists 2021’, which predicted demand for young, contemporary artists would continue unabated.

Ⓒ Olivia Wilson is a Graduate Intern at Christie’s Auction House with an MA from Sotheby’s Institute of Art, where she studied Art Business. She is a Freelance Writer, and Art Market Specialist, with a focus on Contemporary Art.