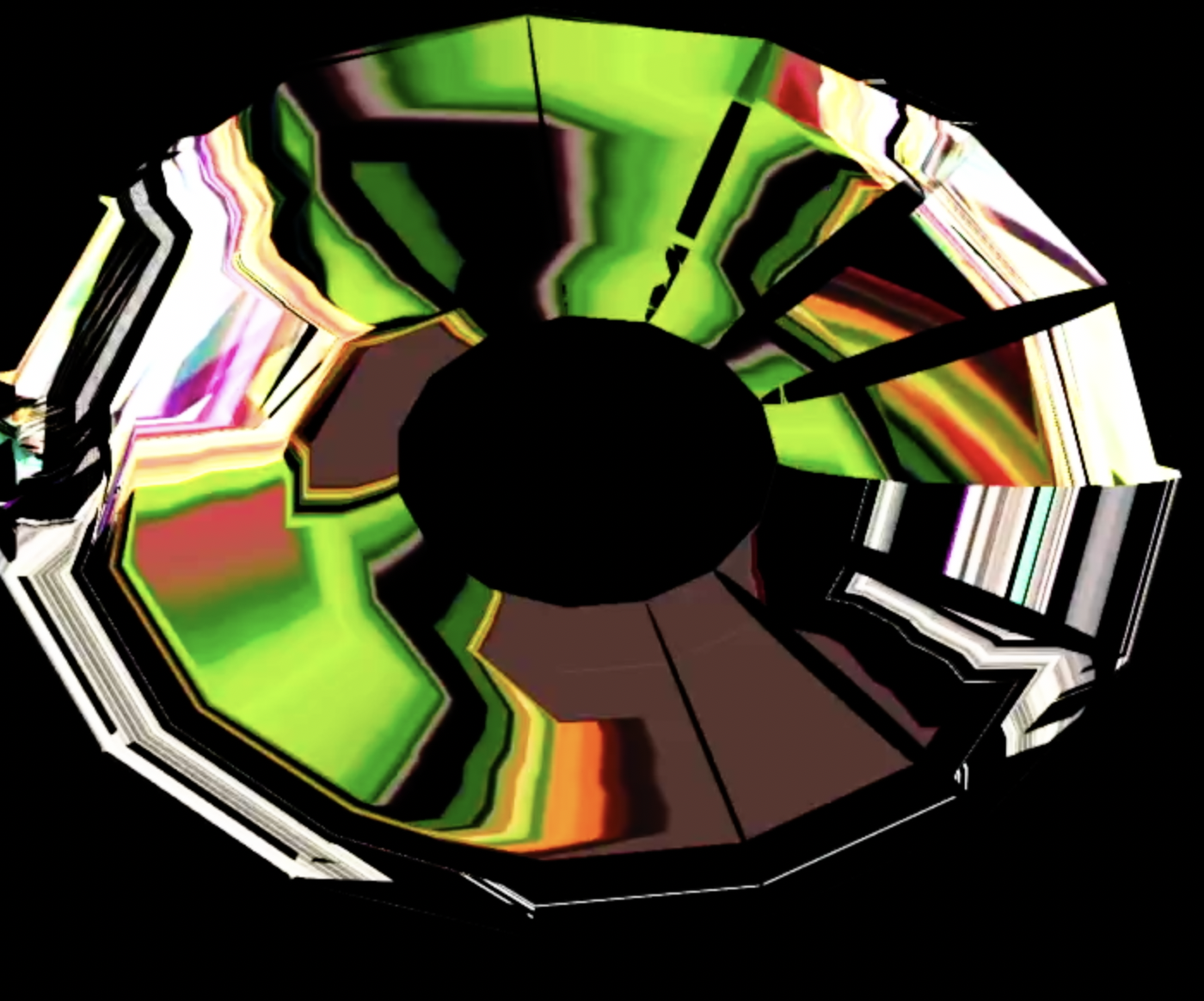 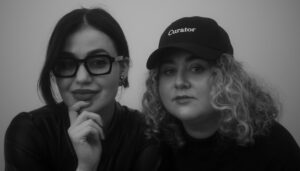 As we settle into 2022, it’s safe to say that NFTs, and their application in the art world, are here to stay. Those brave enough to explore this domain find a community of open-minded innovators. Margarita Kiryushkina and Jessica Tatievski are two entrepreneurs breaking the mold of the traditional art space. Their brainchild, Neue Projects, stems from what they have found to be a gap in the digital market for an artist-focused consultancy and advising key players on how to enter the market successfully. They offer artists a platform and the resources to explore a cumbersome landscape; from curation to management to incubating new ideas. Simultaneously, they want to help artists realize that they can expand beyond the traditional art market and find a new wave of collectors for their works. “There are no art dealers in the NFT space,”1 remark Kiryushkina, who quickly corrects anyone attempting to box Neue Projects in with gatekeepers defined by the clinical white cube space. They stray from the title of art dealer because, as Tatievski declares, “we would like to be viewed as curators who help NFT collectors to discover artists that create meaningful art and… share personal stories within their craft.”2 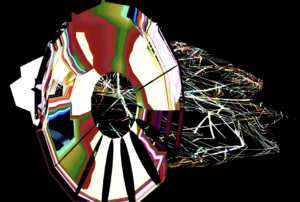 This is an artists-first venture, and they hope to uphold that through collaborations and bringing previously unknown collections into the space. And at the same time, working with leading art institutions and advising them on how to tap into this new market and re-direct some of their strategies into the digital realm. In the medium and long term, Neue Projects plans on becoming a leading art brand within the NFT ecosystem by curating exhibitions that show NFTs alongside traditional art, advising digital collectors on analog art purchases, and most importantly, consciously involving the entire community in building out the brand as a collaborative approach will no doubt ensure the success and longevity of this enterprise. 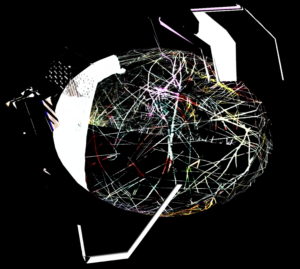 It’s the wild, wild Web3, and like those nineteenth-century pioneers, everyone is trying to figure things out as best they can. From their website, Kiryushkina and Tatievski state “the belief that art dealing can be reimagined through an honest and transparent approach is fundamental to Neue Projects.” Those entrenched in the art world know that transparency has been a touchy subject for a while now, and only recently has it been demanded of industry leaders with any minor recognition. We have quite a long way to go. Part of understanding this new landscape is acknowledging the differences of those participating. The art market is operating on outdated structures, and the NFT space “provides a playful environment to experiment with digital art and a new wave of collectors whose values are inherently different.”3 Cancel culture, which is as prevalent as ever throughout the community-based philosophy of Web3, has the power to completely derail an endeavor before it has even gotten its feet off the ground. On the other hand, the opportunities for people trying to do some good are absolutely endless. Neue Projects is keenly aware of this, which has only strengthened their dedication to creatives to distinguish themselves as a safe space so they, as well as the artists they uplift, have no fear of this toxic negativity. Kiryushkina comments that they’ve walked away from deals in the past because they felt as though it could easily go down a shady path. These are the people who should be populating this new digital realm and who have the most potential to be accepted by the collective on Web3. 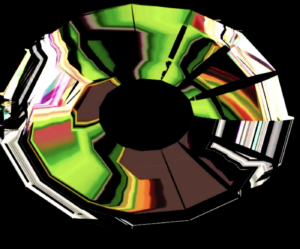 It’s no easy task trying to set oneself apart when barriers to entry are low and a market is rapidly growing, but Kiryushkina says “your personal brand, willingness to give unconditionally, share, [and] support, [means] hopefully you will end up having a community that trusts you to be a trendsetter.”4 Trust. That’s the most significant asset that the women at Neue Projects deliver. What these entrepreneurs are trying to achieve derives from first-hand experience in assisting an artist with their collection of works on the Ethereum Blockchain and creating digital archives for an artist’s entire oeuvre. 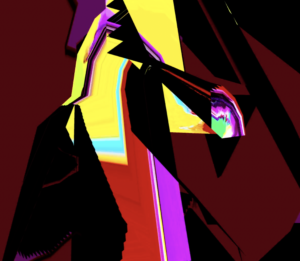 Their current venture is titled, Psycho Chambers, and is a 13-year-long adventure created by multidisciplinary artist Rob Mazurek, who goes by the name Androidlovecry. The project encompasses Androidlovecry’s experimental opera, Book of Sound, which will be split into 13 acts and where each act is accompanied by an overture. The work is based on the fictional writings of Helder Velasquez-Smith, a writer, alchemist, scientist, astronomer, artist, and poet who crafts his observations at the end of the Anthropocene into The Book of Sound. The artistic endeavor within this opera combines exploratory sound with visual interpretation from Mazurek’s paintings through a computer algorithm to fuse the limitless possibilities of cathartic moments within a utopian future. 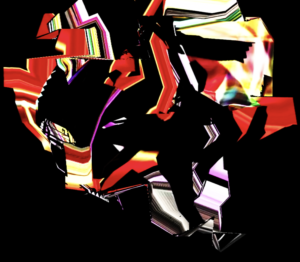 Androidlovecry is naturally driven to experiment with sound and traditional painting. Paired with his quest to illustrate possibilities of new worlds, Neue Projects is excited to curate Psycho Chambers through the means of NFTs. The work provokes a heightened sense of self through an array of expansive emotions. Tension derived from the first overture provides the perfect foundation for the viewers to be in touch with themselves, their beliefs, and the future they envision. Psycho Chambers Overture 01 features over 270 sound and generative art NFTs. and will be launched in the middle of August 2022. 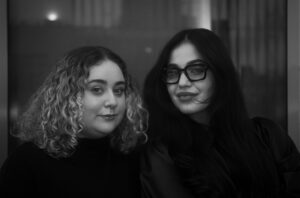 (1)Interview 3/4/22 between author and Margarita Kiryushkina

(3)Interview 3/4/22 between author and Margarita Kiryushkina

Ⓒ Emma Grayson is the Membership Coordinator at Masterworks.io. She is a New York-based art market connoisseur with an MA in Art Business from Sotheby’s Institute of Art in London and New York.