​​Sumo – The Crazy Bald Head of the Metaverse 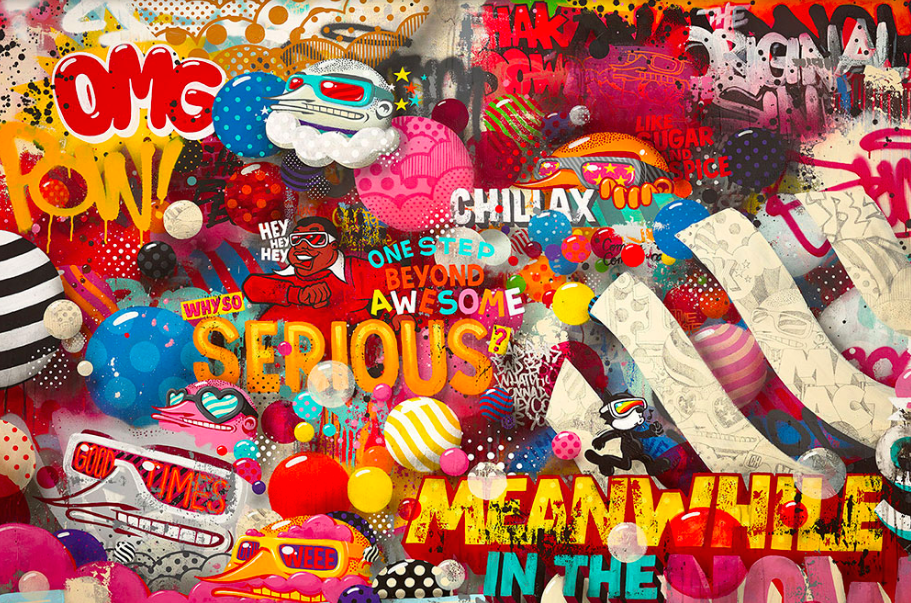 ​​Sumo – The Crazy Bald Head of the Metaverse

The Journey of an Established Artist into the Digital Realm.

All images featured in this article are provided by the artist.

The rise of Non Fungible Tokens as art to acquire has emerged through creators in abundance, galore! But now that platforms such as Open Sea and other big digital art players are under heat for noticeable incidents artists are reluctant to hop on board. The trust in the safety of the digital trading of art is being questioned, however, the accumulation of traders is nowhere close to hitting the breaks with February seeing an average of 17,000 daily active traders. Most curious and wary are the world market’s established artists, those who spent years mastering their message and craft, and those who are being out-ran by Crypto Whales, digital creators, and project miners, who are hungry for the coins! 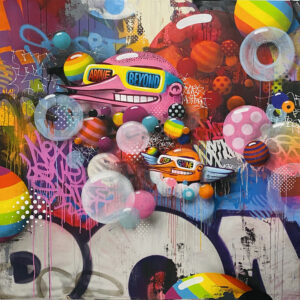 While it is true that the sheer volume of online presence may pose a threat to those artists who have achieved an established status, it is also true that the motivation and drive of these same artists to enter this new arena is not lacking: one example being the Luxembourg-based artist SUMO  whose works are recognized all over the globe.

The artist’s larger than life installations inspired by his graffiti works, collaborations with international brands such as Porsche, the airline LUXAIR – a sister company of CARGOLUX, one of the major international art carriers – are just a few examples that make this artist an ambitious, innovative and somewhat out-of-the-box creator. All of which brings us to a better understanding of his next venture, namely the launch of his first collection of NFTs called “Alpha Generation”. 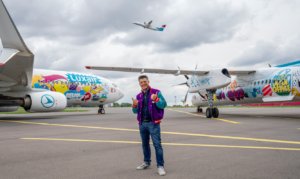 Contrarily to other projects the artist’s aim truly lies in the discovery of this new dimension. Indeed, whilst his desire to explore digital art has always been inherent, SUMO’s journey highlights a deeper – and quite pragmatic – rationale for NFTs, namely the ability to finally guarantee elements of authorship and ownership. This reassurance has thus led the artist to Baldly approach this sector notwithstanding the obstacles that the market has been facing lately. Indeed, SUMO has ensured to gear himself up with a hyper-specialized team formed by the Luxembourgish company Elistart S.A. under the guidance of Laura Beatrice Zanella and her Team of Tabulia S.R.L. thus ensuring his own legal, fiscal and commercial protection.

In a prolonged interview with SUMO, the artist takes us through his life journey, what has built him into becoming a creative Household-Name and what his hopes and fears are, as he begins his journey towards introducing himself into the World of Digital Art.

Though SUMO was born in 1976 in the UK, his Luxembourgish upbringing has given him a strong sense of the Grand Duchy’s identity.

Since the beginning of his artistic exploration, the artist’s biggest inspirations came from album covers and the juxtaposition of these with the concept of street art. It was the eye-grabbing typography of heavy-metal album covers which sparked his interest in lettering and graphics. Eventually, he became massively inspired by all marketing messages in his environment including candy rappers and soon enough the urban culture of skateboarders. The graphic design in popular media fascinated him to the extent that he ended up becoming part of It, and It was part of him. 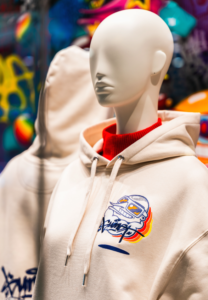 However, SUMO’s inspirations didn’t stop there, from music to advertisements his creativity and attention were diverted towards graffiti – probably the most influential element in his art-. Indeed, whilst still, a young student SUMO noticed a few graffiti art marks on the walls of his city, which sparked his curiosity. It was nonetheless until a trip to the beautiful Bavarian Capital, Munich, that graffiti truly became an integral part of the artist, as he observed in astonishment the train-tracks walls’ decorated by unmissable graffiti art: this truly sparked the flame.

From that moment, and as life went on, SUMO started creating event flyers for band concerts as his peers started to cheer on his artistic abilities. 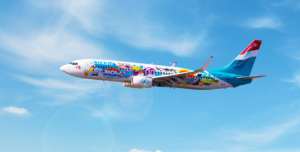 The process continued throughout his studies of graphic design, and on his way to moving from walls to canvas, SUMO created his “Crazy Bald Head” character which was inspired by his nickname “SUMO” and which soon enough became one of the symbols of Street Art in countries such as Luxembourg, Germany, Japan, and France. According to the artist, in order to stand out of the large melting pot of creators in the field of graffiti, SUMO expanded his creation onto other mediums such as posters, stickers, walls – whatever could be painted on, SUMO painted. Finally, SUMO had managed to build a style and stamp and moved over to canvas, allowing his work to enter the art market and several exhibitions and brand collaborations around the globe, with one of its most significant being in the colorful and quite compatible city of Tokyo and the Urban Art Biennale in the German City of Völklingen. 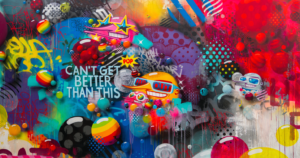 Notwithstanding his multiple endeavors, today SUMO is ready to launch his career into yet another “Canvas”: digital art and of course NFTs. A long-term plan in which the artist is planning to adopt a structure allowing him to express fully his artistic desires in a cycle of reinvestment which he is hoping to pursue accompanied by his supporters.  “Vogue” is not the watchword in this case, but rather “Support” and the possibility to use the technology which may isolate individuals to – paradoxically – bring each other closer. 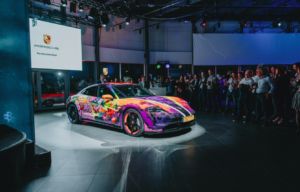 The project is expected to feature different aspects of the artist’s identity including his character, the dilation of time and space, and, of course, his other Bald characteristics: Wait and See! 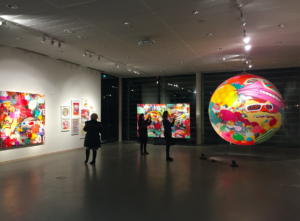